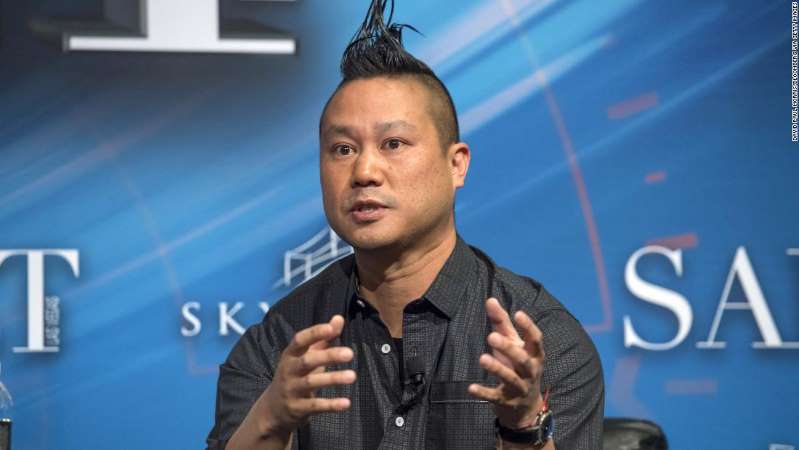 Tony Hsieh, the former CEO of Zappos, died peacefully and surrounded by family on Friday, according to a statement emailed to CNN by Megan Fazio, a spokesperson for DTP Companies, a Las Vegas-based enterprise for which Hsieh served as the visionary.© David Paul Morris/Bloomberg via Getty Images Tony Hsieh, chief executive officer of Zappos.com Inc., speaks at the Skybridge Alternatives (SALT) conference in Las Vegas, Nevada, U.S., on Thursday, May 18, 2017. The SALT Conference facilitates balanced discussions and debates on macro-economic trends, geo-political events and alternative investment opportunities for the year ahead. Photographer: David Paul Morris/Bloomberg via Getty Images

Hsieh, 46, died from injuries sustained in a house fire that occurred in Connecticut while he was visiting family, according to Fazio.

“Tony’s kindness and generosity touched the lives of everyone around him, and forever brightened the world,” said a statement from his family that was shared with CNN by Fazio.

“Instead of mourning his transition, we ask you to join us in celebrating his life,” their statement added.

Hsieh was well known for his leadership of online shoe and clothing retailer Zappos. He had recently retired after spending 20 years with the company, Zappos CEO Kedar Deshpande wrote in a statement Friday.