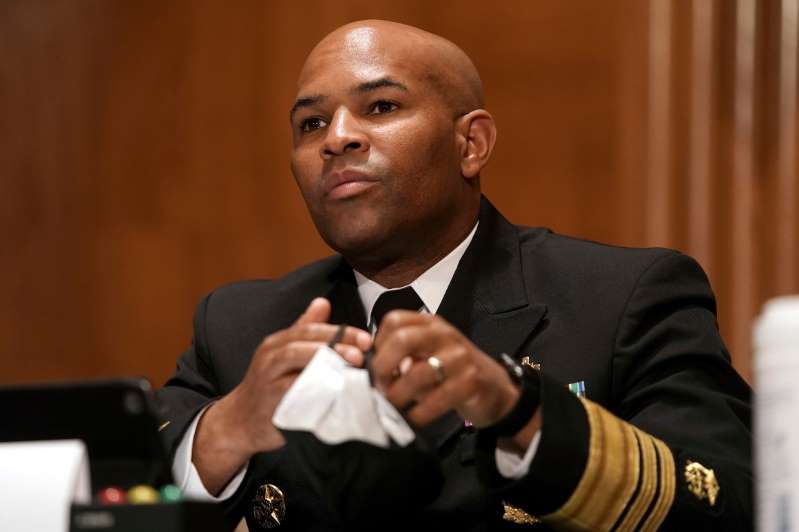 U.S. Surgeon General Jerome Adams made clear on Sunday that mask-wearing is personal to him.

In an interview on “Fox News Sunday,” Adams cited his hospitalized mother as a reason Americans should start wearing masks to curb coronavirus case counts that have skyrocketed in recent weeks and placed a severe strain on the nation’s hospitals.

Adams, who has served as the nation’s top doctor since 2017, tweeted on Thanksgiving that his mother and wife were both recently hospitalized.

“My wife was just in the hospital due to cancer treatment complications. My mom was admitted last night with a hip fracture & possible stroke. Thanks to all who kept a hospital bed open for my loved ones by following #COVID19 precautions and getting your #flu shot. It matters,” Adams said.

The surgeon general said practicing social distancing and masking up could bridge the gap between now and when a vaccine is released, which he noted could happen by the end of the year.

“We want to immunize for impact with the recognition that we will have 40 million doses of the vaccine by the end of this year,” Adams said, noting that the first round of vaccines would go to protecting the vulnerable, including those in nursing homes. “If you’re part of the public, I want you to understand it will probably be end of first quarter, beginning of second quarter next year before you can get a vaccine.”

Adams, who serves a four-year term that’s up in August 2021, could be among the only top Trump health officials held over into the incoming Biden administration.