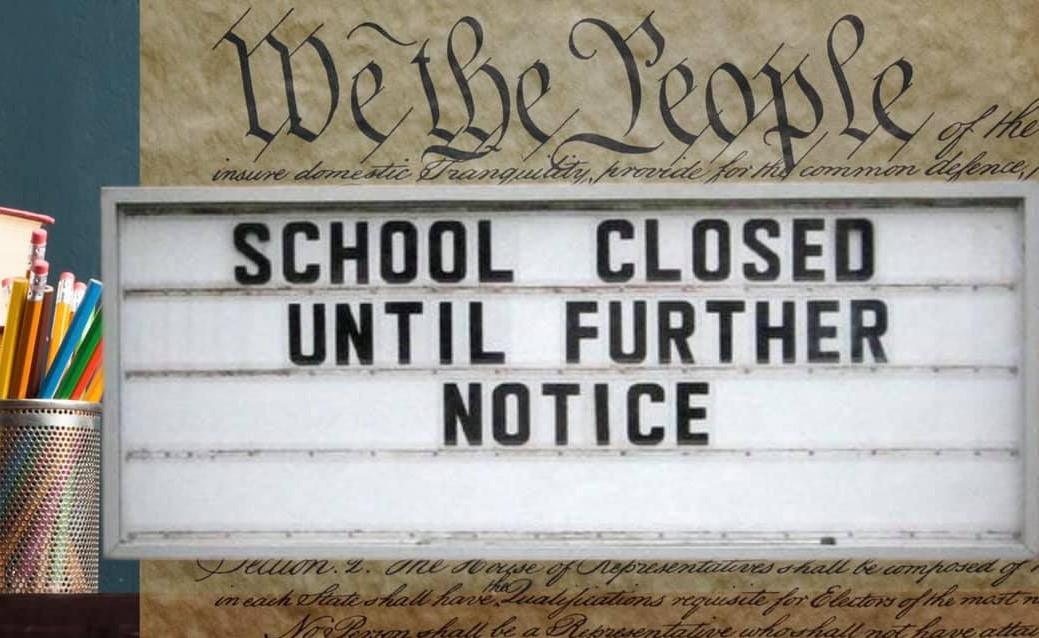 I was not serving in the General Assembly back in 2013 when former Governor Steve Beshear vetoed the Kentucky Religious Freedom Restoration Act, despite the fact that it enjoyed bipartisan support and eventually became law without his signature. However, I stand in awe and disgust of the fact that his son, current Governor Andy Beshear, has prevailed in court by suspending this statute in order to violate the religious liberty of many private schools across the Commonwealth. He has accomplished this using emergency powers afforded to him under KRS 39A; specifically the power to suspend statutes, which should be stricken from his reach and that of any future Governor.

I am hopeful that the US Supreme Court will intervene in order to protect the religious freedom of these institutions in the same way that it did last week to protect Americans’ right to worship in-person. However, Kentuckians are right to be angry. I am angry. We are fighting a two-front war, headed into winter, which fellow observers of history will recognize as an unenviable position.

The desire to save lives by managing the effects of a communicable disease is a value we all share, however, preserving the pillars of our Constitution is something that Americans have fought and died for on principle. Promoting the public’s best interest is often touted as the basis for the Governor’s restrictions, despite the fact that fundamental rights are being violated and Kentucky’s businesses are permanently closing in droves. Are these restrictions truly in the public’s best interest if they are damaging the very underpinning of our society as a whole?

Many have asked what I would do differently if I were Governor, and the answer lies not in my own attitudes or general disposition toward the Coronavirus itself, rather what I believe to be the appropriate role of government in a situation of this magnitude. It is the proper role of Government to provide its citizens with the information they need to make sound, prudent decisions. You will never hear me complaining about any “recommendation” the Governor has made, only his mandates.

It is not the role of government to infringe upon our constitutional rights by restricting religious activity, nor is it to remove our ability to earn a wage by shutting down Kentucky’s businesses through unequally-applied mandates. Moreover, this Governor has acted solely through the issuance of unilateral decrees without any input from the People’s branch of government, the General Assembly. He has sought to remove us entirely from the equation, which further evidences the fact that he is uninterested in hearing from YOU. This Governor has appointed himself as the lone arbiter of livelihoods, picking winners and losers with little regard for scientific evidence or the fact that previous shutdowns did nothing to curtail the spread.

Every single day since March, these are the stories I have heard:

I hear of families who have lost loved ones to this virus, or have been forced to watch and wait from the sidelines as their family member or friend suffered in isolation fighting to overcome it.

I hear of families who are losing their homes and don’t know how they’re going to put food on the table, or pay their bills and yet are expected to be a silent casualty of executive overreach.

I hear of students who have had their education put on hold, many of which (at least in my district) have been forced to have their parents drive them to the top of a hill and sit in a car to do their “lessons” on a cell phone because our broadband infrastructure was not prepared for statewide NTI.

I hear of the loneliness, desperation, and failure to thrive that many of our elderly citizens are facing as they have been prohibited from seeing their families. They don’t know how many more days they have on this earth, and are far more afraid of dying alone than contracting the virus.

I think of how our fundamental freedoms and liberties are being eroded before our very eyes; how quickly we have exchanged deeply-held principles for a false promise of safety, or even worse, for conformity.

And then I think of politics, and I’m left with great pause. The people who say they want to protect you, are primarily interested in controlling you and improving their favorability for the next election. Many of the people who say they will fight for you are interested in the same, but not all of them, or even most. I serve with many honorable men and women in the General Assembly who stand ready to take this fight on, and for the right reasons.

What is the fight, you might ask? To provide you with a voice by restoring an appropriate balance of power among the three coequal branches of government, to restore the consent of the governed, and to approach this legitimate public health concern in the proper context- without crushing the economy and destroying the aforementioned pillars of our Constitution.