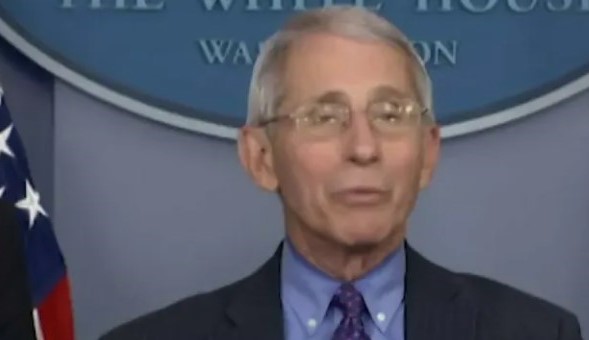 President-elect Joe Biden asked Dr. Anthony Fauci to serve as his chief medical adviser, a role the director of the National Institute of Allergy and Infectious Diseases (NIAID) said he “absolutely” accepted.

Biden, during an interview on CNN Thursday, said he asked Fauci to stay on in his administration “in the exact same role he’s had for the last several presidents” – NIAID’s director – and said that he had asked Fauci to be a “chief medical adviser” as well.

During an appearance on NBC News’ “TODAY” on Friday, Fauci was asked about his conversation with Biden, and whether he accepted the president-elect’s offer.

Biden’s incoming chief of staff, Ronald Klain, reacted to Fauci’s acceptance not long after the interview, saying: “There are few public servants in our history who have served as long and as well and with as much distinction at Dr. Tony Fauci.”

“It will be a great honor to work with him again,” Klain tweeted.

Biden, on Thursday, also said he planned to ask Americans to wear a mask for 100 days, starting the day of his inauguration – Jan. 20, 2021 – in order to drive down the number of coronavirus cases.

“I think we’ll see a significant reduction that occurs with vaccinations and masking to drive down the numbers considerably.”

Biden says he would take an approved vaccine publiclyVideo

Biden’s comments came a day after the U.S. recorded a new high in coronavirus-related fatalities on Wednesday, at 2,804, according to data from Johns Hopkins University.

When asked whether Biden’s move to suggest masks for just 100 days was too short of a time period, and providing false hope that the pandemic could come to a full stop at the end of that period, Fauci defended the president-elect’s comments.

“Now, it might be that after that, we’re still going to need it,” Fauci explained. “But he just wants it — everybody for a commitment for 100 days.”

Fauci added: “And I discussed it with him and I told him I thought that was a good idea.”

The record daily death toll coincides with news of a record number of hospitalized coronavirus patients, topping 100,000 on Tuesday. The grim milestone comes as health officials warned of surges tied to holiday travel and lockdown fatigue.

Fox News’ Andrew O’Reilly and the Associated Press contributed to this report.