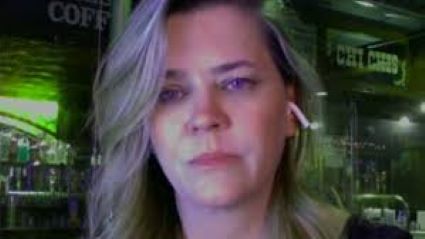 NBC News has been accused of “deceitful” editing for reporting on a California restaurant owner who went viral after saying her restaurant was forced to close because of COVID-19 restrictions while a Peacock Network comedy was allowed to feed its crew steps away.

Pineapple Hill Saloon & Grill owner Angela Marsden filmed herself complaining that a Hollywood crew had been allowed to set up an outdoor dining area a few yards from where her restaurant’s outdoor dining patio was forced to shut down amid the coronavirus pandemic.

The New York Times reported that NBC comedy “Good Girls” was the production that required catering only feet away from the shuttered Pineapple Hill Saloon & Grill, but NBC News apparently didn’t want its corporate sibling to be part of the story.

NBC’s “Sunday Today” aired a segment about businesses suffering from coronavirus lockdowns and used part of Marsden’s viral video but didn’t inform viewers why she was worked up, according to the Media Research Center.

“Reporter Meagan Fitzgerald deceptively edited out Marsden pointing to the hypocrisy with the tents and tables. Worse yet, NBC covered up the fact that the catering was for NBC’s comedy show, ‘Good Girls,’” MRC analyst Nicholas Fondacaro wrote.

The shutdown at the Pineapple Hill Grill & Saloon in the city’s Sherman Oaks neighborhood came amid a county-ordered ban on outdoor dining, a mayor-issued stay-at-home order, and California state-level plans for business shutdowns if coronavirus hospitalizations hit required levels.

“Fitzgerald even chided people like Marsden as not important, declaring: ‘Businesses and livelihoods hit hard. But the toughest toll of all, is losing loved ones.’ And at no point did she disclose that the catering was for the NBC comedy show,” Fondacaro continued.

NBC News did not immediately respond to a request for comment.

Marsden’s video showed the NBC comedy crew’s setup of tents, tables and chairs to illustrate how close it is to her business.

“So this is my place, the Pineapple Hill Grill & Saloon. If you go to my [Facebook] page you can see all the work I did for outdoor dining, for tables being 7 feet apart,” Marsden said.

“And I come in today because I’m organizing a protest and I came in to get stuff for that. And I walk into my parking lot, and obviously Mayor Garcetti has approved … this,” she continued, pointing to the tent setup. “Has approved this being set up for … a movie company.”

“I’m losing everything. Everything I own is being taken away from me and they set up a movie company right next to my outdoor patio, which is right over here,” she continues, her voice trembling with emotion. “And people wonder why I’m protesting and why I have had enough. They have not given us money and they have shut us down. We cannot survive, my staff cannot survive.”

“Look at this. Tell me that this is dangerous,” she says, pointing to her own patio, “but right next to me, as a slap in my face, that’s safe. This is safe? 15 feet away?”