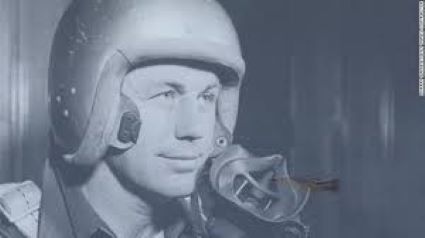 (CNN) US Air Force officer and test pilot Chuck Yeager, known as “the fastest man alive,” has died at the age of 97.

Yeager broke the sound barrier when he tested the X-1 in October 1947, although the feat was not announced to the public until 1948.

His second wife, Victoria, confirmed to CNN Monday night that Yeager had passed after she tweeted from Yeager’s verified Twitter account that the World War II flying ace had died.