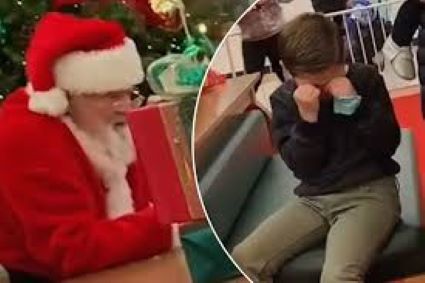 A mall Santa dropped the hammer on a little boy who asked him for a Nerf gun for Christmas — telling the bawling kid he wouldn’t bring him the toy.

The politically correct Kris Kringle was caught on video asking the child what he wanted for the holiday, according to a Facebook post by the boy’s mother.

The boy apparently mentioned a gun, because the Santa could be heard replying, “No, no guns.’’

In this article:Nerf gun, no guns, Politically correct Santa, Santa