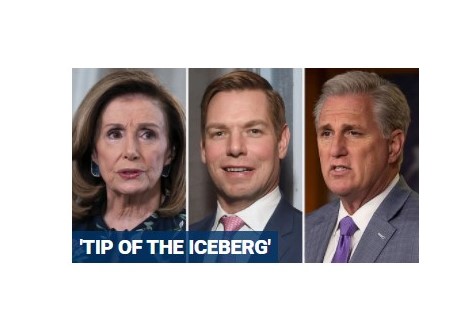 Rep. Eric Swalwell, D-Calif., was “so preoccupied with going after President Trump” that he was not “protecting the USA from bad actors,” House Minority Leader Kevin McCarthy, R-Calif., said on Wednesday, reacting to a report of a Chinese spy infiltrating Congress.

“This is only the tip of the iceberg because remember what we’re hearing. These are Chinese spies that go down to the level of a mayor,” McCarthy told “The Ingraham Angle.”