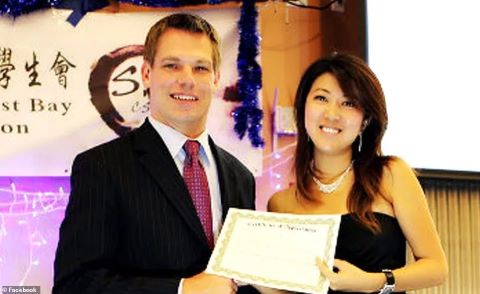 Democratic congressman Eric Swalwell demanded Wednesday that there be an investigation into who leaked his relationship with a Chinese spy who he is accused of having sex with while she worked as a Communist honeytrap.

The former presidential candidate claimed his relationship with Christine Fang – or Fang Fang – was leaked while he was involved with impeaching Donald Trump and that classified information was being ‘weaponized’ against him.

Swalwell, who represents a Bay area district and sits on the House Intelligence and Judiciary Committee, has refused to confirm or deny sleeping with Fang before he was tipped off in 2015 that she was a Chinese agent.