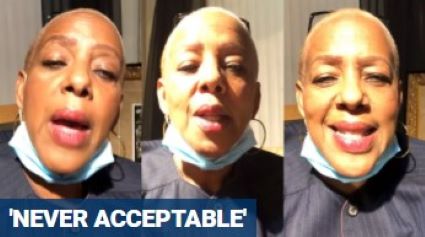 Democrat Michigan state Rep. Cynthia Johnson was stripped of her committee seats by senior GOP state officials after she released a video on Facebook Tuesday, as a warning to Trump supporters who had left her threatening messages.

“So this is just a warning to you Trumpers. Be careful, walk lightly, we ain’t playing with you. Enough of the shenanigans. Enough is enough,” she said in a three-minute-long video, warning harassers that the FBI had already identified one of the individuals.

“And for those of you who are soldiers, you know how to do it. Do it right, be in order, make them pay,” she continued.