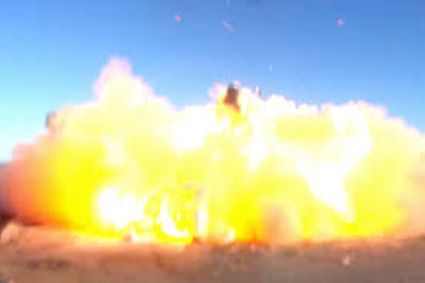 By Aaron Feis and Tamar Lapin

An unmanned SpaceX craft exploded in a massive fireball during an attempted test flight Wednesday in Texas — but CEO Elon Musk said the mission was largely a success.

The Starship SN8 crashed back to earth around 5:30 p.m. after reaching an altitude of about 40,000 feet over Boca Chica, according to reports and stunning video of the crash.

“Fuel header tank pressure was low during landing burn, causing touchdown velocity to be high … but we got all the data we needed!” he wrote. “Congrats SpaceX team hell yeah!!

Click the link below for the rest of this story.