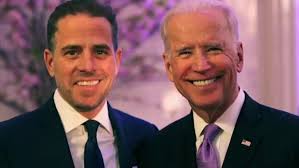 Glenn Greenwald blasted the mainstream media Thursday for refusing to cover the Hunter Biden controversy before the 2020 presidential election.

Greenwald, who resigned as the co-founding editor of The Intercept in October after he accused his now-former colleagues of censoring an article critical of then-Democratic nominee Joe Biden, appeared on “Tucker Carlson Tonight” on Thursday and weighed in on the damage that has been done by the media during the election.