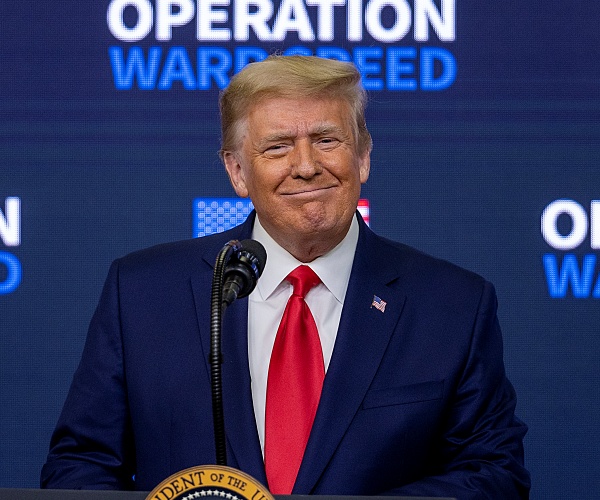 WASHINGTON, DC - DECEMBER 08: US President Donald Trump speaks at the Operation Warp Speed Vaccine Summit on December 08, 2020 in Washington, DC. The president signed an executive order stating the US would provide vaccines to Americans before aiding other nations. (Photo by Tasos Katopodis/Getty Images)

President Donald Trump and his party raised $207.5 million in a less than three-week stretch after the U.S. election, fueled by outrage-filled solicitations to donors as he waged a challenge of the results.

Money flooded into Trump’s coffers at a much higher rate after he began to seek contributions to fight widespread voter fraud and election rigging, according to filings with the Federal Election Commission.