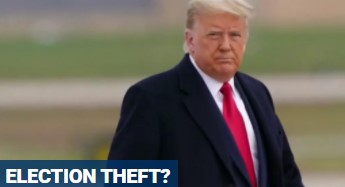 Sixty-eight percent of Republicans believe the election was stolen from President Trump.

Among Trump voters, 77 percent think he actually won. And, so do 26 percent of independents and even 10 percent of Democrats.

That’s according to the latest Fox News national survey of registered voters.