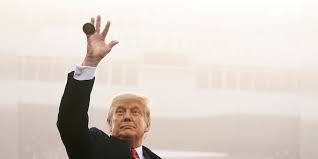 President Trump received cheers from the small crowd at the Army-Navy game Saturday afternoon as he made an appearance before kickoff.

Trump was greeted in the end zone by Army and Navy officers, and was led to midfield. The cadets in the stands gave the president some applause as he walked out.