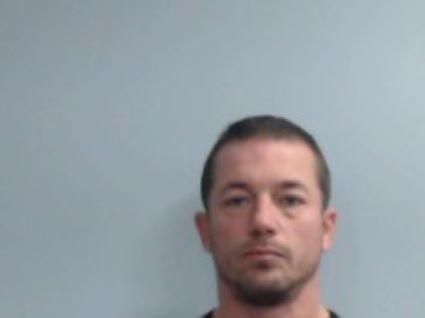 Kurt Robert Smith is back in jail, charged with Strangulation, First Degree and Assault Fourth Degree.

If that names sounds familiar, it’s not surprising.

Smith was one of several Kentucky inmates pardoned by former Gov. Matt Bevin in December, 2019.

Smith was convicted of murder in Fayette County in 2002 and sentenced to life in prison for the killing of his infant son, Blake.

In court testimony, a medical examiner determined the baby had been shaken violently and suffered a skull fracture from blows to the head that resulted in swelling of the brain.

Smith, now 36, was 17 years old at the time of the crime and would have been eligible for parole after serving 20 years.

He was also among several inmates charged in a prison riot at Northpoint Training Center in Boyle County, in 2009.

Bevin was defeated by Andy Beshear after serving one term as the Commonwealth’s governor.

Bevin issued several controversial pardons shortly before leaving office. Criticism of those decisions was shared by opponents and supporters of the former governor alike.

Smith was booked into the Fayette County Detention Center Friday and is being held on a $4,000 bond. Additional details of the charges are not yet available.