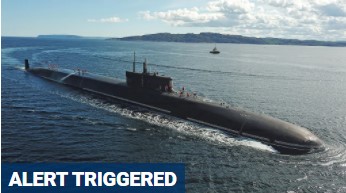 A U.S. Air Force base in Germany recently suffered a potential incoming missile scare after an alert about a launch in the European theater prompted loudspeaker warnings of an “aerial attack” and to “seek cover” — before it was realized to be a training exercise, officials and reports say.

The exact military event that triggered the alert to be sent to Ramstein Air Base in southwest Germany on Saturday remains unclear, but Russia’s Defense Ministry did…

In this article:Missile Scare, Ramstein Air Base, Russian Missile Test, US Air Force Base in Germany