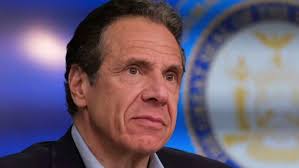 New York Gov. Andrew Cuomo and Justice Brett Kavanaugh were both accused of sexual misconduct without evidence, but the mainstream media only cared about one of the stories and critics believe this is simply the latest example of bias against conservatives.

New York City politico Lindsey Boylan alleged on Twitter Sunday that Cuomo “sexually harassed me for years,” but the story has been largely ignored by…