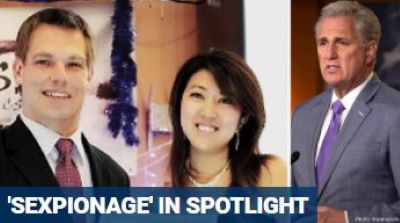 House Minority Leader Kevin McCarthy, R-Calif., wondered Friday why Democrats “can not admit that China is an adversary to the United States.”

“What do the communist Chinese have on the Democrats that is so powerful, so powerful that they focused on a person when he was a city council member, bundled money for him to become a member of Congress,” McCarthy told “Fox & Friends,” adding that he will soon be briefed by the FBI on the matter after the initial meeting was abruptly canceled.