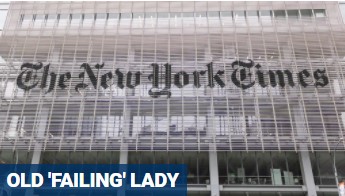 In what its executive editor is calling an “institutional failing,” The New York Times published an extensive correction Friday after acknowledging its 2018 podcast series “Caliphate” heavily relied on a serial fabulist who claimed to have been a member of the Islamic State (ISIS) terrorist organization.

The newspaper admitted it failed to properly vet Shehroze Chaudry’s lurid stories before airing them on the podcast, which won a Peabody audio award. It also published the interviews with him even after its own investigations found discrepancies in his stories.