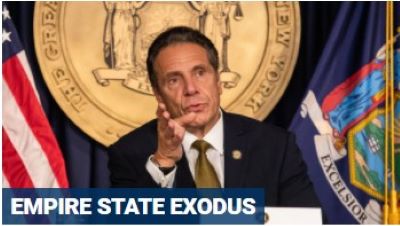 More residents escaped from New York over the last year than from any other state, according to estimates released by the U.S. Census Bureau on Tuesday.

New York has been losing locals since 2016, but the most…