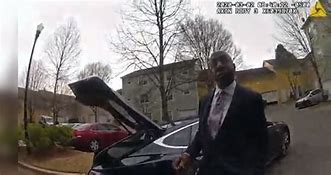 U.S. Senate candidate Rev. Raphael Warnock’s wife told a police officer in March that her husband is “a great actor” and “phenomenal at putting on a really good show,” after Warnock denied her allegations that he deliberately ran over her foot.

The comments could be heard on police body camera footage obtained by Tucker Carlson Tonight. They revolved around a domestic dispute between Warnock and his wife in early March.

The incident was first reported on by the…