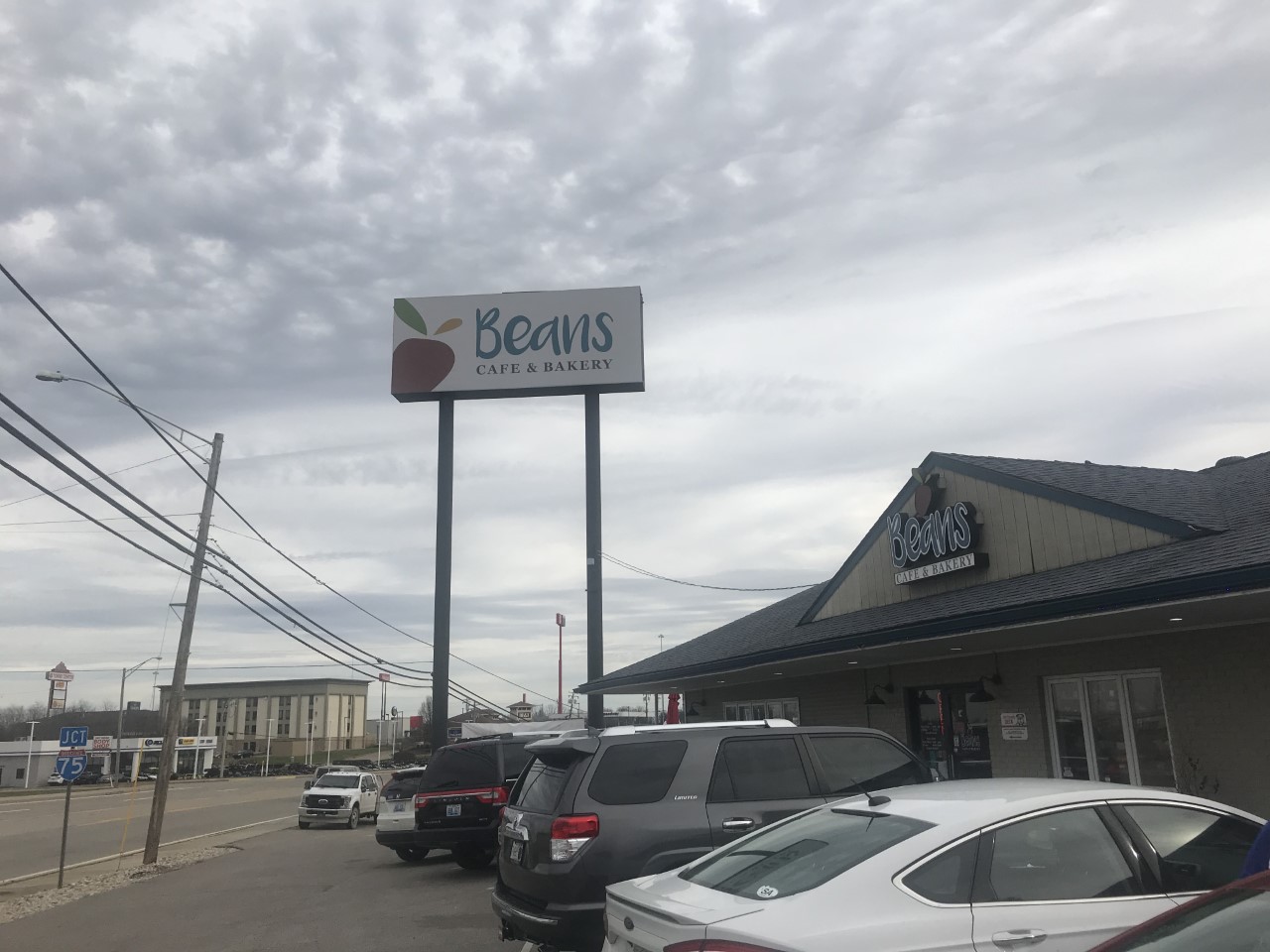 A group opposed to restrictions placed on some businesses by Kentucky Gov. Andy Beshear attended a lunch meeting Wednesday at Beans Café and Bakery in Dry Ridge to show support for owner Richard Hayhoe.

The ban, which was issued in response to a statewide surge in COVID-19 cases, expired as scheduled Dec. 14.

The restaurant’s license was suspended last month, but has been reinstated. The continued indoor dining service during the ban, however, led to notices of criminal charges in Grant and Boone counties.

Beans Café and Bakery also has a Boone County Location in Hebron.

Chris Wiest, Hayhoe’s attorney, said the misdemeanor charges were dropped in both counties this week.

The ban, and the resulting criminal charges, were viewed by many of Hayhoe’s supporters as arbitrary and unnecessary.

The meeting also included discussion about restrictions placed on other businesses by the Beshear administration and efforts in the upcoming Kentucky Legislative Session to limit the governor’s power and to possibly pursue impeachment.

Hayhoe said he is overwhelmed by the amount of encouragement he has received.

“I did not expect the response, both in the support capacity from everybody and just in the attention when we said, ‘Hey, this is as far as we are going, when the position was that we had to close our dining room,’” Hayhoe said. “We are inspected, we just received 98 percent on our food inspection and all of sudden they are going to close it down and move people into an uninspected environment. From that, we got more attention than we thought and we are just thankful for everybody, because without you guys, and without the staff working so hard, we never would have made it this far.

The stance taken by Beans Café and Bakery resulted in nationwide media attention and included appearances by Hayhoe and Wiest on the Fox News channel.

“I am thrilled to be here with everyone who we really have fought the good fight with this year,” Wiest said. “Our fight’s not over, the legislature convenes on January 5, we are going to have to mobilize. The Kentucky Senate is going to run a bill of half-measures to allegedly rein in the governor out of their chamber and I think we’re going to have to oppose the bill.”

Maddox, who has been outspoken against many of the governor’s restrictions since the pandemic began in March, said it was encouraging to see so many people who support that position.

“You understood that your Constitutional rights didn’t go out the window, even in the event of this pandemic, or epidemic, or whatever it is that they’re calling it that has a 98 or 99 percent survival rate,” Maddox said. “Whenever it became apparent to me that the governor’s executive orders were foraying into this territory of egregious overreach, I decided that something had to be done.”

In March, Maddox filed an amendment, in an attempt to give businesses the opportunity to achieve remedy to those mandates, under the law.

The measure did not pass.

Maddox said there will be measures introduced in the upcoming legislative session that will focus on limiting the governor’s authority.