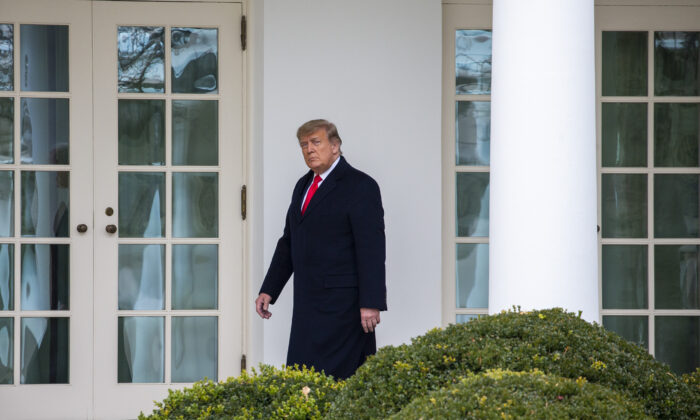 President Donald Trump walks to the Oval Office while arriving back at the White House in Washington on Dec. 31, 2020. (Tasos Katopodis/Getty Images)

President Donald Trump announced that evidence of alleged election fraud will be presented on Jan. 6 during the Joint Session of Congress.

“Massive amounts of evidence will be presented on the 6th. We won, BIG!” Trump wrote on Twitter.