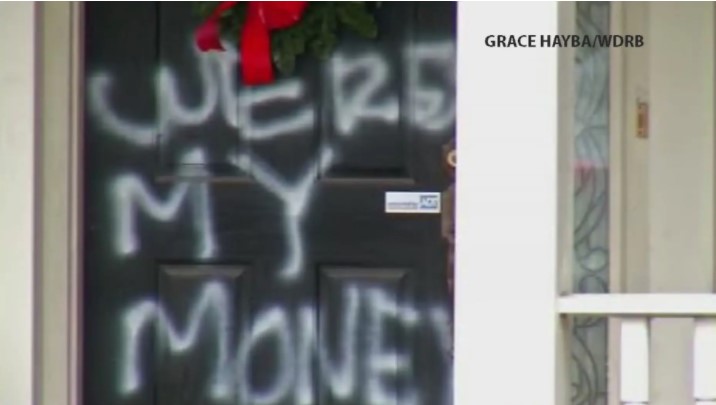 McConnell’s Highlands home in Kentucky was discovered Saturday morning marked with angry messages, including “where’s my money,” “Mitch kills poor” and expletives. The graffiti could be seen in photos posted online.