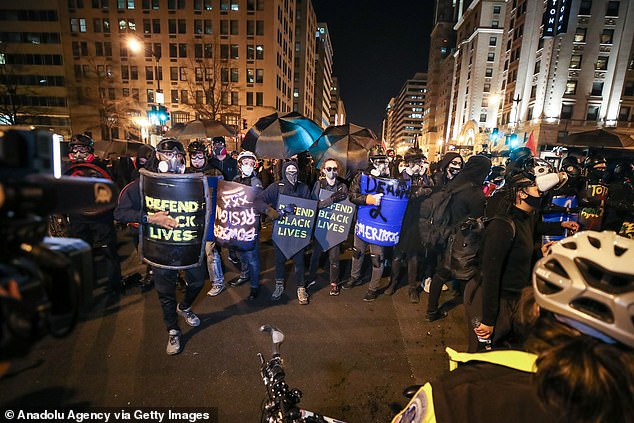 Antifa supporters with shields and umbrellas are seen after the 'Million MAGA March' on December 12. Fears are rising of violence as Trump supporters rally on January 6

FOR DAILYMAIL.COM and WIRES

President Donald Trump’s ally Rep. Louie Gohmert suggested supporters could ‘go to the streets and be as violent as Antifa and BLM’ in shocking remarks after courts denied his bid to overturn the election.

But Gohmert furiously backpedaled after outrage over his remarks – insisting his words had been ‘twisted’ and he was not advocating violence.