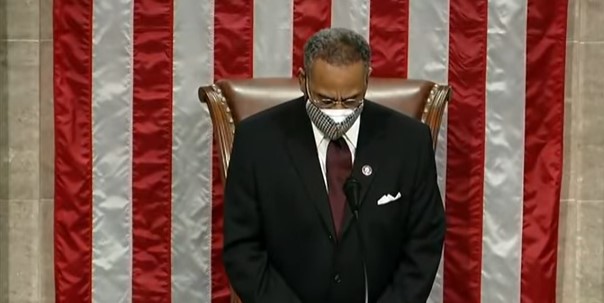 Rep. Emanuel Cleaver, D-Mo., altered the traditional ending of “amen” by saying “Amen and awoman” as he delivered the opening prayer for the 117th Congress on Sunday — raising eyebrows.

The video was posted online and he was criticized by other lawmakers who said he was wrong to attempt to assign gender to the word “amen.”