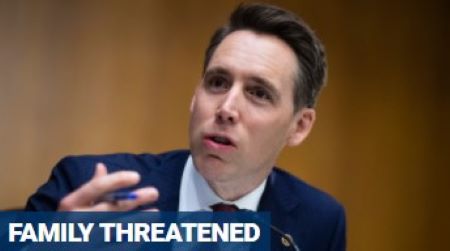 The GOP senator from Missouri described a terrifying situation

Sen. Josh Hawley, R-Mo., said late Monday that “Antifa scumbags” arrived at his Washington, D.C., home and threatened his wife and newborn daughter while he was in his home state of Missouri.