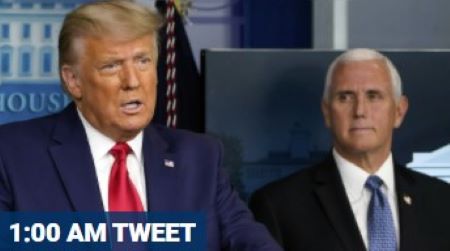 President Trump early Wednesday put the pressure on Vice President Pence, saying that if he “comes through for us” and decertifies the Electoral College, he will “win the presidency.”

“If Vice President @Mike_Pence comes through for us, we will win the Presidency,” Trump tweeted. “Many States want to decertify the mistake they made in certifying incorrect & even…