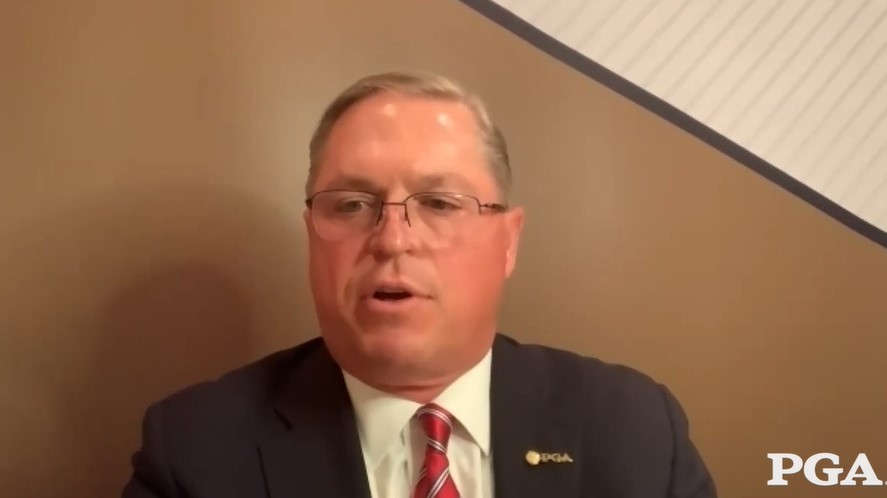 The PGA of America Board of Directors voted Sunday to terminate the agreement to play the 2022 PGA Championship at Trump Bedminster in New Jersey.

“It has become clear that conducting the PGA Championship at Trump Bedminister would be detrimental to the PGA of America brand and would put at risk the PGA’s ability to deliver on many programs and sustain the longevity of our mission,” PGA of America President Jim Richerson said in a statement

The full video statement from Richerson is included here:

The PGA of America has not yet announced an alternate site for the tournament, which is scheduled to be played May 19-22, 2022.