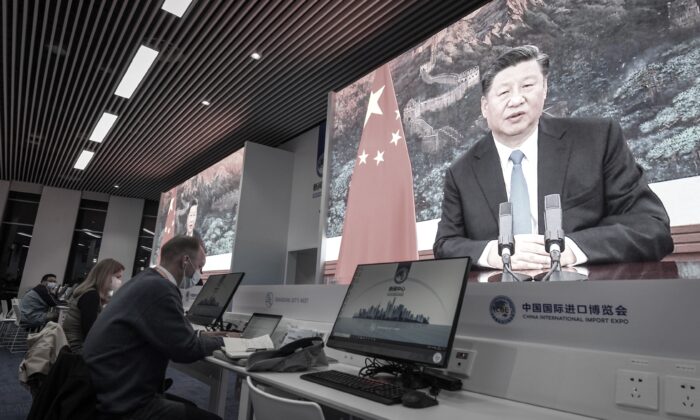 Journalists sit next to the screens showing Chinese Leader Xi Jinping delivering a speech via video for the opening ceremony of the 3rd China International Import Expo (CIIE) at a media centre in Shanghai on Nov. 4, 2020. (STR/AFP via Getty Images)

BY CATHY HE AND EVA FU

A group tied to Beijing has organized trips to China for more than 120 journalists from almost 50 U.S. media outlets since 2009, as part of a broad campaign to deepen the Chinese Communist Party’s (CCP) influence in the United States.