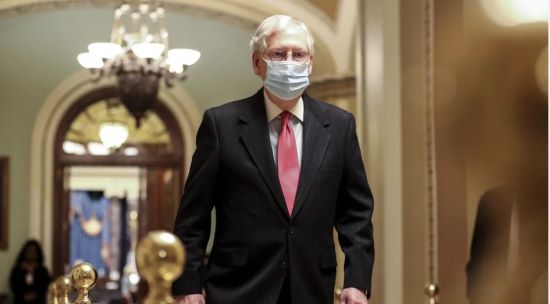 Republican Senate Majority Leader Mitch McConnel (Ky.) is reportedly “pleased” with congressional Democrats’ efforts to impeach President Donald Trump over last week’s attack on the Capitol building by a pro-Trump mob, according to a report from The New York Times.