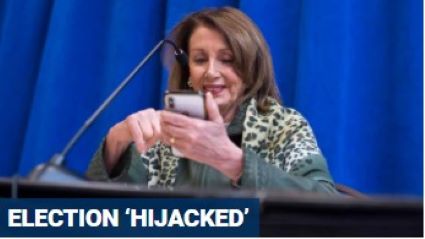 resurfaced May 2017 tweet from House Speaker Nancy Pelosi, D-Calif., has led to calls for consistency from Twitter as the social media giant continues its efforts to crack down on those skeptical of the results of the 2020 presidential election.