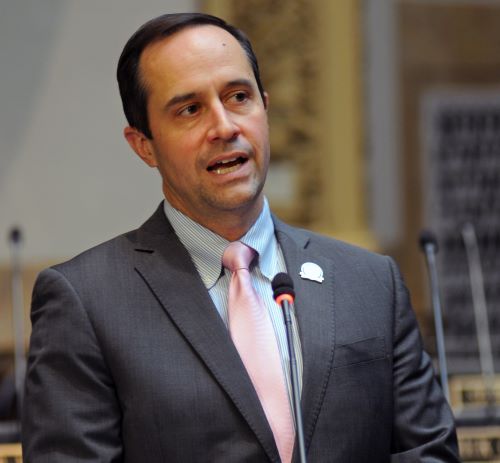 FRANKFORT – After a series of largely procedural votes on a one-year state budget and other spending plans, the General Assembly formed a series of committees Wednesday to hammer out the details of those plans.

“The primary purpose of our procedures today is to get these bills into conference committee with the House,” said Senate Majority Floor Leader Damon Thayer, R-Georgetown, before the Senate approved its version of the executive budget, known as House Bill 192, by a 32-0-1 vote. The House later refused to concur with the Senate’s changes, allowing for the formation of a conference and free conference committee.

Compromises agreed to by committee members are then subject once again to approval by a majority of members of each chamber, after they return from a constitutionally required recess on Feb. 2.

“As we have spoken many times, we are passing an unprecedented one-year budget due to the nature of the coronavirus,” said Senate Appropriations & Revenue Chair Christian McDaniel, R-Taylor Mill. “This is actually a process that started at the end of last February. This is merely a continuation.”

McDaniel was talking about lawmakers passing a one-year budget in March of last year. Typically during such even-numbered years when the legislature meets for 60 days, lawmakers pass a 24-month budget for the state.

The state’s Consensus Forecasting Group predicted in December that Kentucky would see a small increase in revenue at roughly $53 million in the next year, with economists predicting the state’s budget will not be as hurt by the pandemic as originally thought in part due to federal COVID-19 relief.

Senate Minority Floor Leader Morgan McGarvey, D-Louisville, stressed that budgetary decisions were not being made during today’s votes. He expressed hope that committee members would consider the priorities in the governor’s budget proposal announced during a joint session of the General Assembly on Jan. 7. Those priorities included funding for Medicaid, local health departments, education, small business relief and internet broadband.

“What we are voting on today is a budget bill, but we are not voting on the budget,” McGarvey said. “This is the first step in the process of how the budget works. My support today for this bill is a support to continue that process because it is so important. It is a process that was started last year in good faith between Democrats and Republicans when as we were in this process of writing the budget we were faced with a global pandemic none of us had seen before.”

“This is a process vote –not a policy vote,” he said. “As critical as I have been of the governor, I compliment him on the way we proceeded last year and the dialog we’ve had this year.”

While there weren’t marathon discussions on the budget today, Senators from districts in the coalfields, including Sen. Brandon Smith, R-Hazard, said they hoped that coal severance tax revenue would be earmarked for counties hurting from the decline in coal production.

“Every two years the General Assembly passes two closely related, but technically separate, pieces of legislation: the transportation cabinet’s operating budget and the six-year road plan,” said Senate Transportation Committee Chair Jimmy Higdon, R-Lebanon. “Back in March … we only passed a one-year operating budget for the transportation cabinet. We did, however, complete the biennial road plan so we are not talking about the road plan here. There will be no votes or any legislation dealing with the road plan this year. They are already completed.”