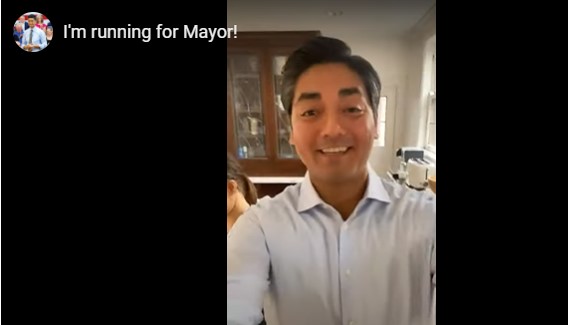 Add another name to the already-crowded race to become Cincinnati’s next mayor.

“I’m running for Mayor to lead Cincinnati into the new decade – starting with an equitable and aggressive health and economic recovery from COVID and a plan to run the most transparent City Hall in our history.

This campaign, this moment in time—it isn’t about any one person. It’s about us, about who we want to be to each other, and the kind of future we can build together.”

Pureval lost a hotly contested and often contentious race for the seat occupied by incumbent U.S. Rep. Steve Chabot in 2018. He was first elected County Clerk in 2016 and reelected by a wide margin in 2020.

Cincinnati City Council members who have announced their candidacy for mayor include David Mann, P.G. Sittenfeld, who is currently suspended and charged with accepting $40,000 in bribes, and Wendell Young. Councilman Chris Seelbach is also a potential candidate.

Current Cincinnati Mayor John Cranley is term-limited and is not eligible to seek reelection.

The end to Cranley’s eight-year tenure, coupled with charges of corruption at City Hall, has contributed to the crowded field of candidates.

Click here to read more news from the Bulldog report.