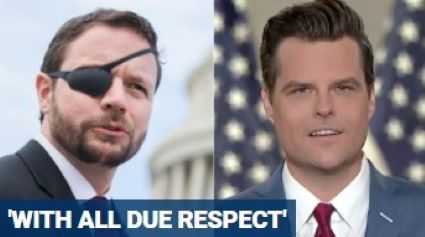 Along with Democrats, Rep. Liz Cheney and 9 other Republicans voted to impeach the president Wednesday

“With all due respect to Rep. Crenshaw, this is a minority view within the minority party,” Gaetz tweeted to Crenshaw.

Click the link below to read the rest of this story…