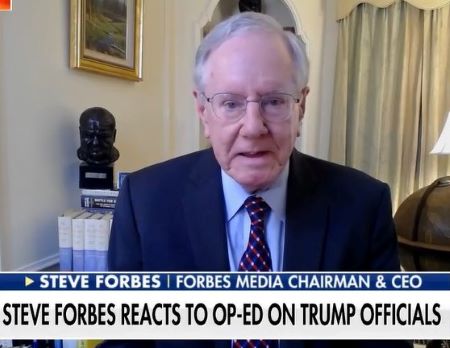 Forbes says he values ‘diversity of opinion,’ unlike other media outlets, Big Tech

Steve Forbes, the chairman and CEO of Forbes Media, denounced blacklists of Trump administration officials in his defense of a controversial op-ed in his magazine threatening companies who hire Trump “fabulists.”