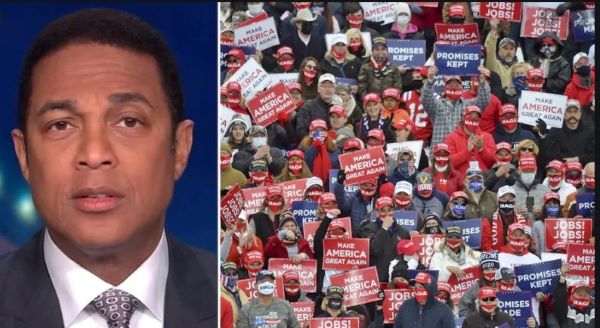 ‘Those people voted the way you voted and who you voted for, I’m just saying,’ Lemon told colleague Chris Cuomo

CNN anchor Don Lemon doubled down on his demonization of all Trump supporters following last week’s riot at the Capitol.

Lemon was widely condemned Wednesday night after he argued that it’s valid to associate everyone who voted for President Trump with neo-Nazis and members of the Ku Klux Klan who also say they support him.