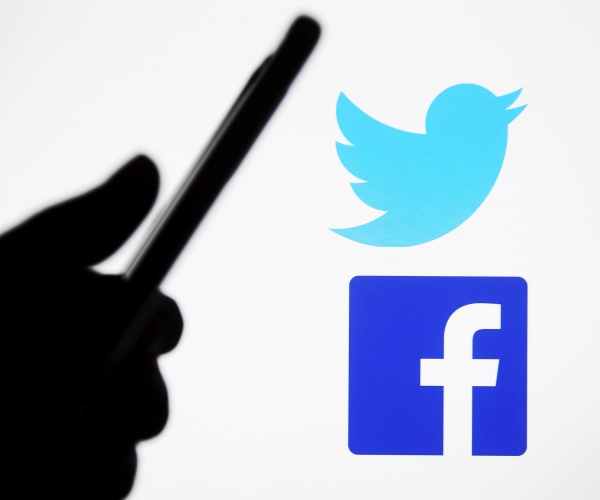 In this photo illustration a Twitter and Facebook logos are seen in front of silhouette hand holding a mobile phone. (Photo by Pavlo Gonchar / SOPA Images/Sipa USA)(Sipa via AP Images)

Americans are split on whether President Donald Trump should be allowed to tweet and post on other social media platforms once his term expires, according to a new poll.

A PBS NewsHour, NPR, and Marist poll released Friday shows that half of Americans do not think social media networks should continue to ban Trump from their platforms once Joe Biden takes office.

Click here to read more news from the Bulldog Report