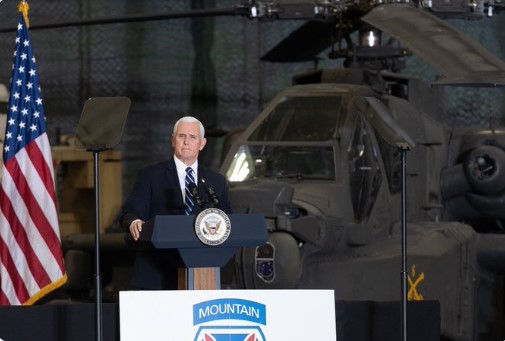 Vice President Mike Pence took to Twitter late Sunday night to say he is “proud” that the Trump administration “is the first in decades” not to get the U.S. entangled in a new war.