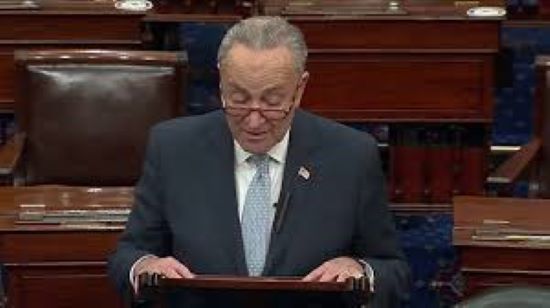 The remark caught the attention of those on social media.

Democratic Senate leader Chuck Schumer on Friday made an unfortunate slip of the tongue as he slammed former President Donald Trump’s conduct related to the Jan 6 Capitol riot.

Schumer was informing senators about the plans for an impeachment trial of the ex-president. The House last week impeached the president for “incitement of insurrection” for his alleged role in encouraging protesters who went on to storm the Capitol.