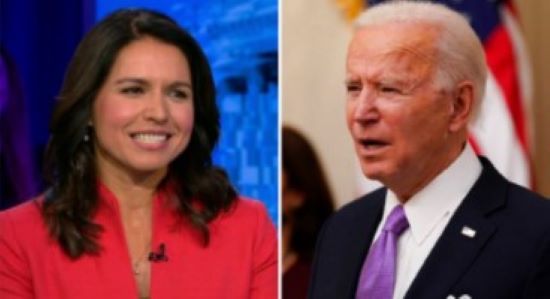 Former presidential candidate and Democratic Rep. Tulsi Gabbard slammed a ‘domestic terror’ bill proposed by Adam Schiff, saying it would target “half of the country,” and called on President Biden to denounce such efforts.

The Domestic Terrorism Prevention Act of 2021 was introduced in the House last week following mostly peaceful protests in Washington, D.C. that got out of control.