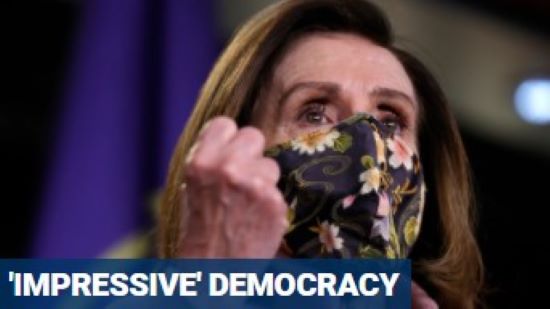 ‘Democrats were for occupying capitols before they were against it,’

House Speaker Nancy Pelosi has gone on record praising the storming of the Capitol as an “impressive show of democracy in action” — the 2011 invasion of the Madison, Wis., state capitol, that is.

Pelosi’s previous comment’s resurfaced following the disturbing assault on the U.S. Capitol earlier this month at the hands of a right wing-mob who stormed the halls of Congress hoping to prevent the certification of the U.S. presidential election.