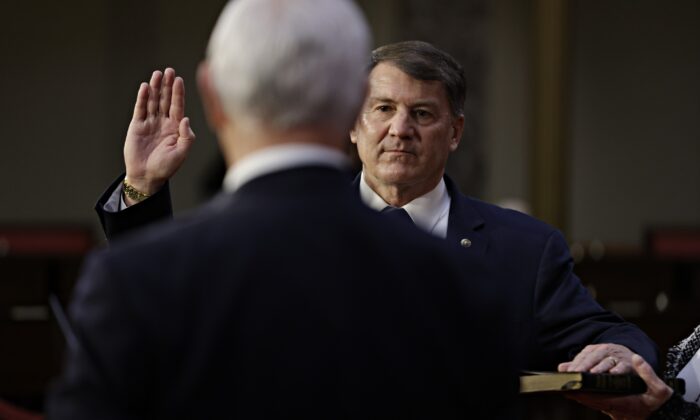 Vice President Mike Pence administers the oath of office to Sen. Mike Rounds, R-S.D, during a reenactment ceremony in the Old Senate Chamber at the Capitol in Washington, Sunday, Jan. 3, 2021. (Samuel Corum/Pool via AP)

An increasing number of Republican senators are voicing opposition to holding an impeachment trial against former President Donald Trump, leaving Democrats’ ability to swing enough votes for a conviction in doubt.

Twenty-nine GOP senators have now spoken out against holding a trial, according to an Epoch Times tally, arguing it’s unconstitutional to try to convict a former office holder, or a waste of time.