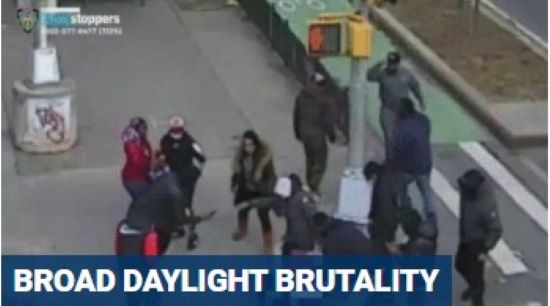 The victim was returning to Brooklyn from Atlanta

A 26-year-old man had just gotten off a bus from Atlanta when he was attacked by a group of about a dozen suspects who beat him, cut him several times and stole his clothes, including his underwear, cops said Sunday.

The group of males and females began assaulting the victim around 11:30 a.m. Friday near Canal and Allen streets in Manhattan, cutting him with an unknown object, police…