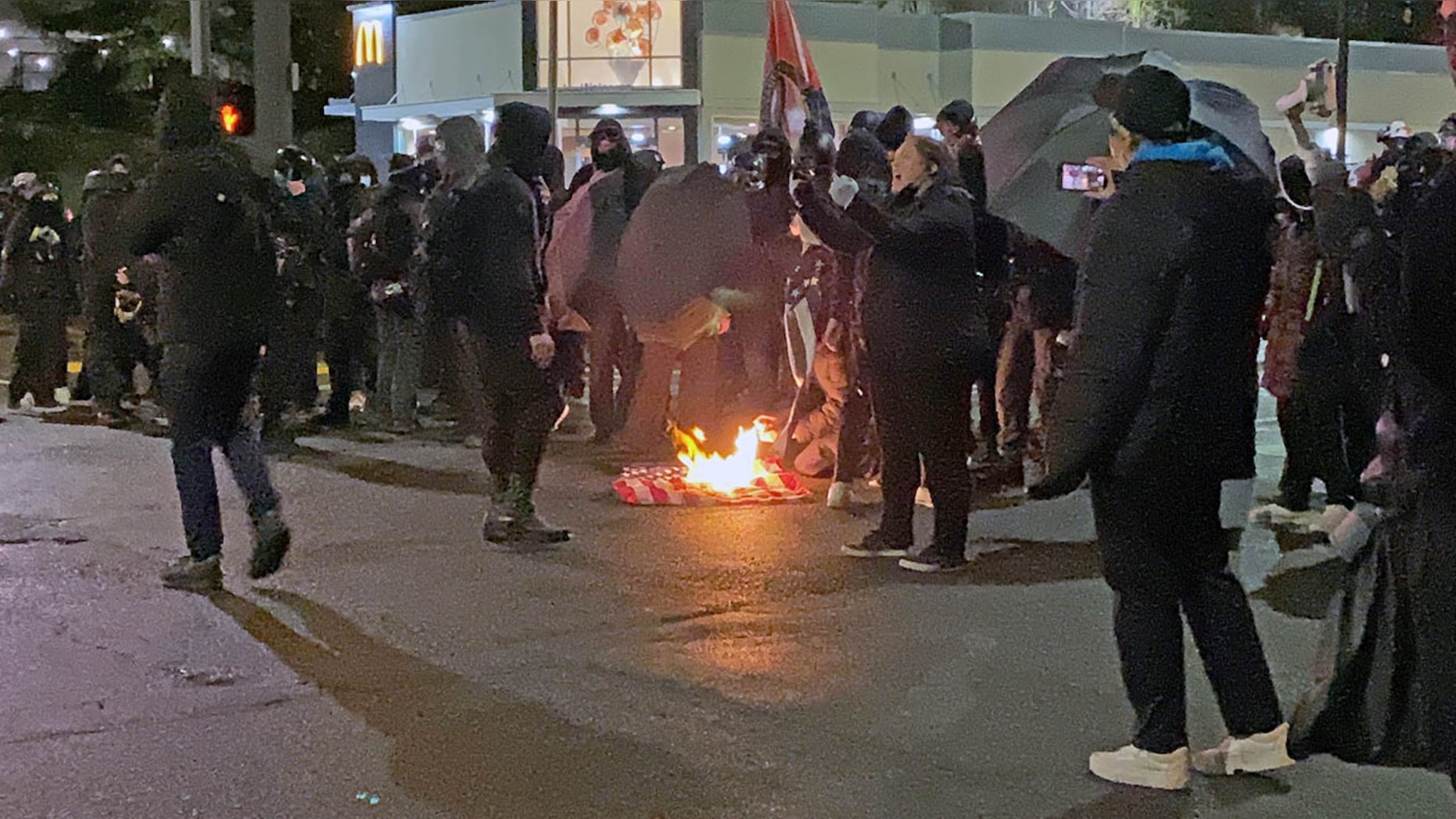 After Tacoma Police set up a police line, the Antifa activists stopped their march to set fire to an American flag. (@JasonRantz/Twitter)

Antifa violence and chaos made its journey to Tacoma, Wash., on Sunday evening January 24, just a 40 minute drive south of Seattle in the state’s third largest city.

Several hours later, the radicals destroyed the storefronts of local businesses, smashed cars, tried to break fencing around the local jail with demands prisoners be set free, torched an American flag, and threatened to kill cops.