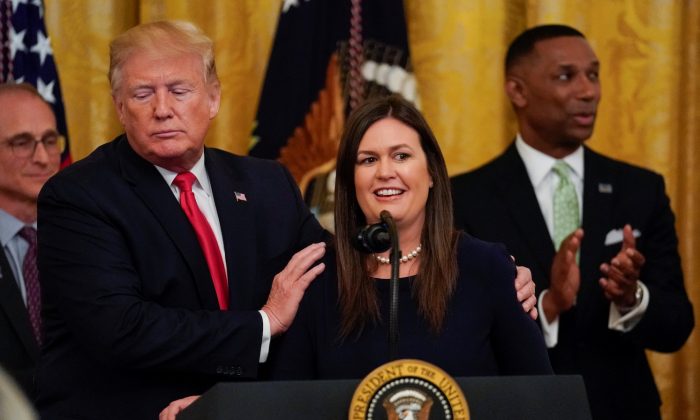 President Donald Trump speaks about White House press secretary Sarah Sanders during an event on second chance hiring in the East Room of the White House in Washington on June 13, 2019. (AP Photo/Evan Vucci)

Former President Donald Trump on Monday night publicly endorsed Sarah Huckabee Sanders in her run for Arkansas governor, saying she will “always fight” for the state and “do what is right.”

In a statement released late Monday, Trump said Sanders, who served as his press secretary until June 2019, is a “warrior who will always fight for the people of Arkansas and do what is right, not what is politically correct.”