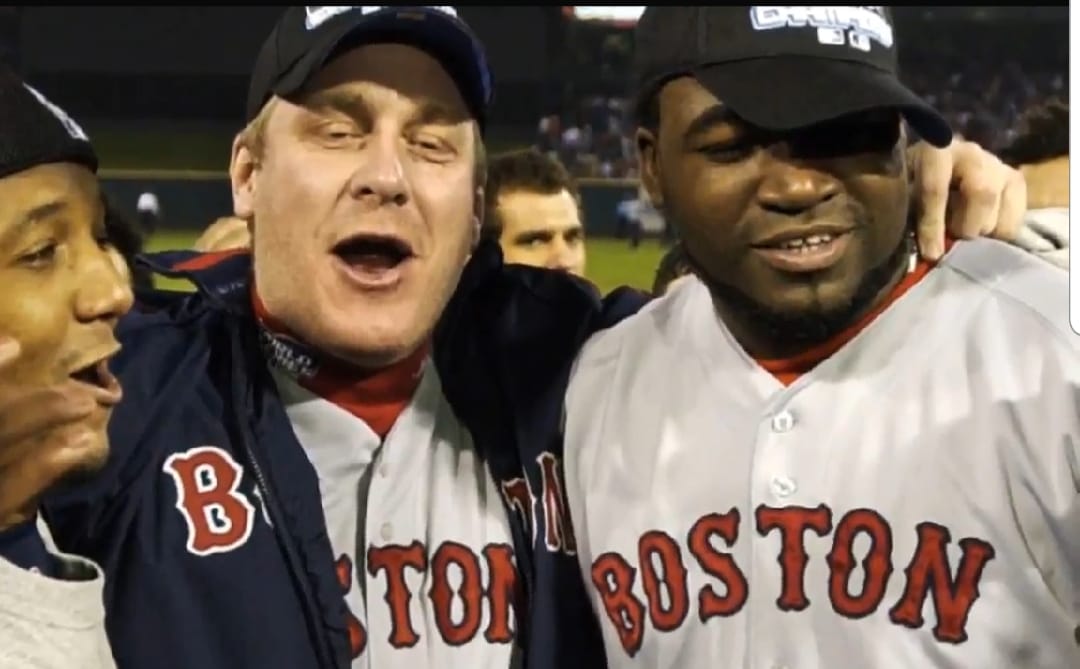 “The game has made it clear it does not want me back and that’s fine, the game owes me exactly nothing. It gave a billion more times than it took and I’ll forever be deeply in debt to it.”

Curt Schilling has asked the Major League Baseball Hall of Fame to remove his name from the ballot in his final year of eligibility next year, after falling 16 votes shy of the 75 percent mark needed to gain admission.

For only the second time in the last eight years, there were no players inducted to the MLB Hall this year.

It was Schilling’s ninth year on the ballot and the 70 percent tally he achieved this year is often a precursor to induction. Despite that strong showing, Schilling decided he no longer wants to be considered.

Schilling’s excellence on the mound, which included pivotal roles on three World Series Champion teams, was tainted by his candid off-the-field comments.

He was ahead of the curve when it came to posting comments on social media that damaged his public perception.

In 2015, Schilling was suspended by ESPN during the Little League World Series for a Twitter post comparing the percentage of Muslim extremists to the percentage of Nazis in Germany in 1940. In 2016, the network fired him for sharing a post on Facebook that was deemed offensive to transgender people.

He also posted some controversial comments about the Jan. 6 attack on the U.S. Capitol, which came after this year’s ballots had been submitted, but which might further hurt his chances next year.

He addressed his legacy both on and off the field in a letter of more than 1,100 words to the Hall of Fame, and shared a copy to his Facebook account:

“I want to share with everyone the letter I wrote to the folks at the Hall of Fame yesterday. They’ve been otherworldly kind and gracious in every way possible and I’ll be forever grateful to them and for that.

This was written privately and for their eyes only but I have always been fine with anyone knowing how I feel and what I think.

“Hey guys. Couple things. First off I am not sure I can express my level of gratitude and sincere appreciation at the graciousness, kindness and desire on all your parts to help me navigate this process. I can say at this point I am mentally done. I know math and I know trends and I know I will not attain the 75% threshold for induction.

As I’ve stated often over the past years to those I’ve spoken with in my heart I am at peace. Nothing, zero, none of the claims being made by any of the writers hold merit. In my 22 years playing professional baseball in the most culturally diverse locker rooms in sports I’ve never said or acted in any capacity other than being a good teammate.

I’ve certainly been exposed to racism and sexism and homophobia as it’s part of who human beings are. I’ve played with and talked with gay teammates. I’ve played with wife beaters, adulterers, assaulted, drug addicts and alcoholics. I’ve never hit a woman, driven drunk, done drugs, PEDs or otherwise, assaulted anyone or committed any sort of crime.

But I’m now somehow in a conversation with two men who cheated, and instead of being accountable they chose to destroy others lives to protect their lie.

I will always have one thing they will forever chase. A legacy. Whatever mine is as a player it will be the truth, and one I earned for better or worse.

Having said all that the media has created a Curt Schilling that does not and has never existed. It’s one of the things that has allowed me to sleep at night. Not an ounce of that is to absolve myself of sin, Lord knows I’ve committed my share and will do so again. Never malicious, never to willfully or intentionally hurt another person. I was 100% accountable and still am. Even the thought of responding to claims of “nazi” or “racist” or any other term so watered down and rendered meaningless by spineless cowards who have never met me makes me ill. In modern times responding to such drivel somehow validates the claim.

My love of this country has always been worn on my sleeve. My desire to do the right thing and be a good person has driven most of my life choices. I stood at my locker 400+ times after my starts and took every question and answered honestly. Those people who stood there asking the questions KNOW what they are claiming is untrue yet they quote, re-quote and link to one another story after story that began as lies and grew into bigger ones. The game has made it clear it does not want me back and that’s fine, the game owes me exactly nothing. It gave a billion more times than it took and I’ll forever be deeply in debt to it. My desire to work with and teach young men the art of pitching will be tucked away.

But as I watch my wife battle cancer and go through the grueling soul crushing process of chemotherapy and see her hurt every time some idiot writes another hit piece linking to other hit pieces, none rooted in any sort of truth but rather story after story of “what he meant was” and “what he’s saying is” and “that’s a dog whistle for” all the while providing zero actual acts or quotes of the claims being made I can’t help but to go into deep conversation with my father.

“Never live your life trying to impress people you don’t know, or who don’t know you” and what that means in todays world.

Being an aspie has allowed it to flow like water off a ducks back. But to see the hurt I’m causing my wife and to have my children read and hear this stuff and then look at me and try and match a public “image” that in no way aligns with the man their father is , has been something I never considered.

I do not and never will “scoreboard” the cowards but if I’m not mistaken only Jamie Moyer and I “swept” the humanitarian awards players can win. Awards meant to define who the true man is apart from the player. These same writers voted on those awards. Do those awards and 22 years absent of a single validating event to support their claims define me? Or does a “what he meant to say” tweet? Based on the vote and the pike of dung authored by morally decrepit men like Dan Shaughnessy it’s the latter. I cannot and will not say or do anything to possibly soften a weak willed mans opinion of me if it is not something I believe. Just or not. I’ve chosen Arizona as the team I would have represented if I had been inducted and even though I heard someone there is calling for the DBacks front office to “meet” should the induction happen I’ll stand with that decision as I know Mr Kendrick to be an honorable and kind man. Should that change it most certainly would be the Phillies. What Mr Henry and Mr Werner did to my family and I in my final year has been forgiven but will never be forgotten. One thing this text certifies is that I talk way too much but I know I was never a yes/no answer guy. I apologize for the insane length of this but I guess I needed an outlet and I sure as hell don’t want to dump any of this on a woman who just ended her 3rd chemo and provides the reasons I eat sleep and breathe everyday. Why the text? If by some miracle this would happen I have zero interest in taking questions from the very group who lined up to destroy my character with no regard to anyone in my life or being held to account for their lies. I would and will talk with the guys on the MLB network if you want that, but no one else.

I wanted to reiterate this final point. I will not participate in the final year of voting. I am requesting to be removed from the ballot. I’ll defer to the veterans committee and men whose opinions actually matter and who are in a position to actually judge a player. I don’t think I’m a hall of famer as I’ve often stated but if former players think I am then I’ll accept that with honor.

Again, I won’t be able to thank you for your kindness and sincere interest in this process as it pertains to me. I’ll be forever grateful. God Bless you all again and one more time a final thank you for all your efforts to help my family and I.”

Between the lines, Schilling’s skill and determination were unquestioned.

His gutty performance in Game 6 of the 2006 American League Championship Series, pitching with a torn tendon sheath on his ankle, epitomized his grit. His blood-stained sock is entrenched in baseball lore and his performance is credited with helping propel the Red Sox to the team’s first World Championship in 86 years.

This year’s ballot was considered by many to be Schilling’s best shot to get into MLB’s hallowed halls.

Since 2014, 22 players have been inducted into the Hall of Fame, including Ken Griffey Junior, Derek Jeter, and a host of other household names. The 2021 class included some well-known players, but no locks, and those with the most impressive stats carried some on-field baggage that hurt their chances.

Pitcher Roger Clemens and slugger Barry Bonds, who were each also in their ninth year of eligibility, were linked to allegations of the use of banned substances during their careers. They finished with 61 and 60.7 percent of votes, respectively.

On a positive note, one of the biggest increases in vote totals in this year’s class was for Scott Rolen. Rolen, a seven-time All Star, saw his vote total rise from 17.2 to 35.3 percent in only his fourth year of eligibility.

He had some solid years with the Cincinnati Reds at the end of his career and was a strong presence on the field and in the clubhouse throughout his playing days.