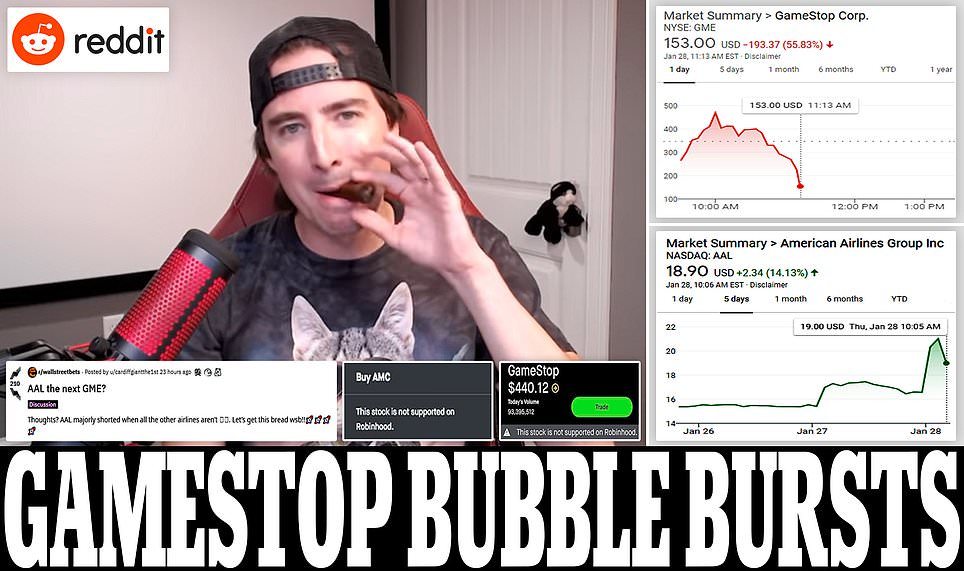 GameStop shares plunged on Thursday after trading app Robinhood restricted purchases following a staggering rally driven by Reddit users buying up the stock in a battle with hedge funds that had bet against it.

At 11.13am, GameStop shares were down 56 percent, at $153 after earlier hitting $500 in pre-market. Still, users of the Reddit forum WallStreetBets boasted that they had ‘diamond hands’, their term for a trader who refuses to sell until reaching their ultimate goal, and predicted an eminent rally.