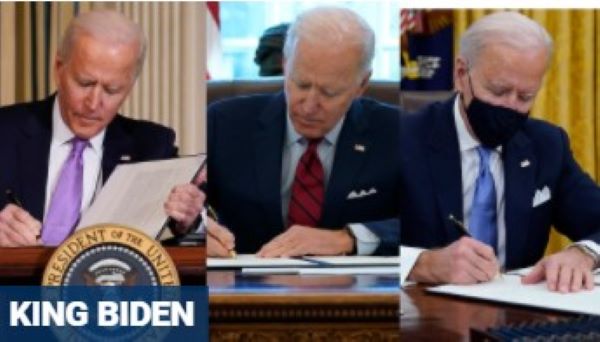 President Biden has signed more than three dozen executive orders, actions and directives since he took office just 9 days ago — with Biden officials telling Fox News that the moves are “previews” of the agenda items the president will push in Congress as Republicans rail against the record-making flurry of orders.